Nobody likes giving job interviews. But they remain a pivotal part of the job application process. It's so important that a lot of startups help you prepare for it.

Interviews with remote companies are even more notorious. You don't even get a rejection email from companies in some cases. How do you win in a game where odds are against you? You defer to someone who has already won the game.

Here's the thing: A lot more variables are at play when you apply for a remote job. Even when you're the perfect fit on the paper, you might get rejected.

All things considered, it's not your fault. It's the lack of understanding of how the new paradigm of work is fundamentally different.

Companies are no longer just looking for technical abilities to get the work done. They look for a whole another set of skills in conjunction with the technical chops you already possess.

Companies don't just want seat warmers. They don't want 9-to-5 slaves. They want people who set their own hours, complete their work, and accomplish more in less time.

As more and more companies start to hire remote workers, it becomes so much more important to know, understand, and get an extra edge over all the other candidates. Because, you’re no longer competing against the local talent. You’re competing against a global one.

If you’re struggling to find a remote job then this guide is for you. This guide will increase your chances to go beyond the finish line once you've managed to get the first interview with a remote company.

We asked a subset of the following questions, chosen at random, to different companies, who hire for remote employees; all around the world. We even reached out to a few employees working at these companies who are vocal about this shift.

All of these questions are deliberately open-ended to allow the discussion to grow.

Answers to all these questions were surprising. More surprising was a pattern that started to emerge. Maybe call it the Remote DNA that every employee and company share. Some answers were so similar that we were startled.

“Every individual should possess these skills. Generally, a must-have to work in a remote-only company. This not only says enough about how an individual has served his time in previous organizations but also how well they do in the next one.”

We analyzed everything and came to a few conclusions, in no particular order:

In a remote company, employees are distributed all across the globe. Timezone comes between the flow of communication. It's unlike anything you've seen in a traditional office setup. You can't just walk to someone's desk and prose a question. You'd have to get a hold of them via Slack or even worse, email.

Communicating can be really hard in a remote company, if not approached correctly from the get go. Information silos can start to form. People can start to lose focus.

To overcome all the pain companies started embracing the new radical form of communication which doesn't require the other person to be online at the same time.

This is called communicating asynchronously. Assume async communication to be like texting your friend. They’ll reply once they see your message. You need not be online at the same time to send or receive their message.

True async communication means mastery over the written form of communication. This includes, but is not limited to:

Most of the remote companies hire candidates from across the globe. Having such a diverse set of individuals under one umbrella needs a global language that everybody knows.

Individuals that don’t demonstrate a good grasp of the English language might not make it at all. Unless specifically implied that a job requires a separate language as their main language, always implicitly assume English is the default language, they are going to judge you on.

Companies also check if you can convert your complex thoughts in plain English that everyone can understand, be it your colleague from a different team or your manager. You should have the ability to explain and express yourself clearly.

One of the most efficient ways of knowledge sharing in remote companies is via writing documentation. And obviously, if you can put down complex topics into documents then you’re a candidate worth savory.

Lack of indication or weakness in async communication often results in a no hire for most companies.

Here’s a quick example of bad communication in remote teams:

Saying “Hey there?” and waiting for the other person to come online just so you can ask them something is a strict no-no.

Here’s how it can be better:

Just say what you want to say and step away from the conversation. Don't be blocked on anyone's reply. Keep your messages short, and concise.

When hiring for a remote team, one of the most important considerations is if the candidate will be able to work well in the remote environment.

There are a lot of people who don’t function well alone. They need a few others around. Isolation, anxiety, and depression are common problems faced by individuals. And companies are worried about it.

They don’t want to hire a candidate who is set for failure in the remote environment. Therefore, prior experience of working with remote teams is something that every company looks for.

Companies are also wary about candidates who show a lack of enthusiasm about remote work. You’ll go far if you can tell them how much you appreciate the remote work and what it promotes as a new paradigm in working.

Ability to work without manager & self-motivation:

If you require little or no supervision to do your best work, companies would have to spend less money overall. It doesn’t mean that you won’t have a manager at all.

It just means that you have an advantage over somebody who constantly requires someone to look over their shoulders and nudge them to go in the right direction.

Given two candidates, if one of them showed an ability to get things done on their own and on top of it, they know how to manage and prioritize their time properly, they would have a lead over you. Of course the company is going to go with the first candidate. They're looking for someone they can rely on.

You should have the ability to set up tasks and their priorities on your own. Due to the async nature of the job, your manager is not always around. Scheduling and finishing things on time should come naturally to you.

Since the essence of Remote work is all about getting things done instead of busywork, companies often reward individuals who can show them the ability to get stuff done with or without external motivation.

Companies want to know if you’re going to quit cold turkey on them. Remote hiring is pretty hard, and most companies want to play safe. Job hopping is frowned upon in traditional setting but can become a career killer in remote setting.

More and more companies hiring remotely are worried about the general tenure of each individual. They don’t want to bet on fickle people.

If you have a past track record of switching companies quickly, you might not get your big break in a remote company. Most candidates who switch jobs in quick successions are deemed as a no-go early on in the recruiting process.

As a rule of thumb, don’t jump ship too often without a good reason. Working for 2 or more years in a company should be considered as a benchmark. Anything less than that is not acceptable to most companies.

Cover letters are important. More than you think they are. Sometimes even when a company says the cover letter is optional, it’s not. Not including a cover letter can often lead to a  direct rejection.

Make it a rule of thumb to always, always write a good cover letter along with your job application. Cover letters act as the first line of filtration in every modern recruiting pipeline. More than 70% of applicants are rejected after reading the cover letter.

If you’re a tiny bit serious about getting a job in your dream company then write a compelling cover letter!

Keys to writing a good cover letter is including how you can be a great employee, what value you can add to the team, why they should hire you, why you’re a perfect fit for their business. Assume cover letters to be a sales pitch if you will. Here you’re selling yourself to the company. Tell why they have to have you in the company rather than why you need them.

Now you know all the skills every company is secretly judging you. Owning these skills will take you a step closer to landing a high paying work from home job!

Just remember, whenever you apply for a job position:

You have an unfair advantage now. You know what others don’t. Don’t let this opportunity pass by. If you’re looking for work from home jobs, we have them.

Get insights into remote work straight into your inbox. No spam, we promise.

Free and always will be 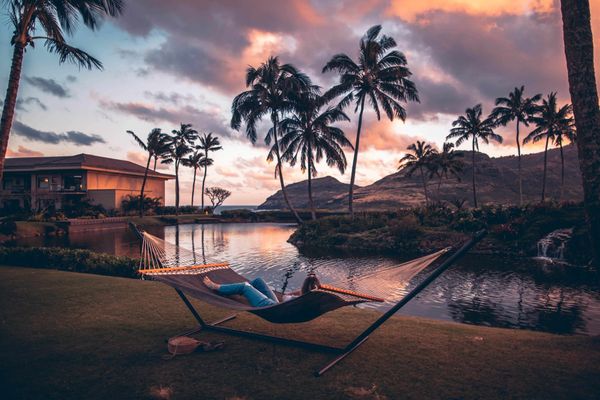 Mistakes are inevitable. Although there are a lot of mistakes you can do while applying for a remote job, there are a few that a lot of candidates make. These